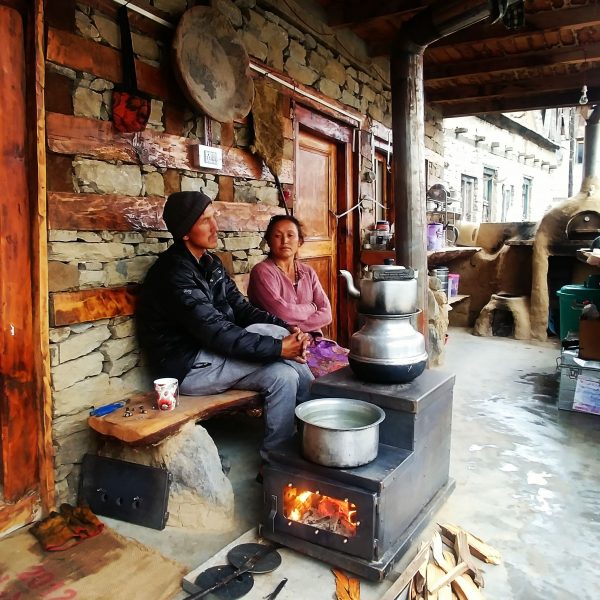 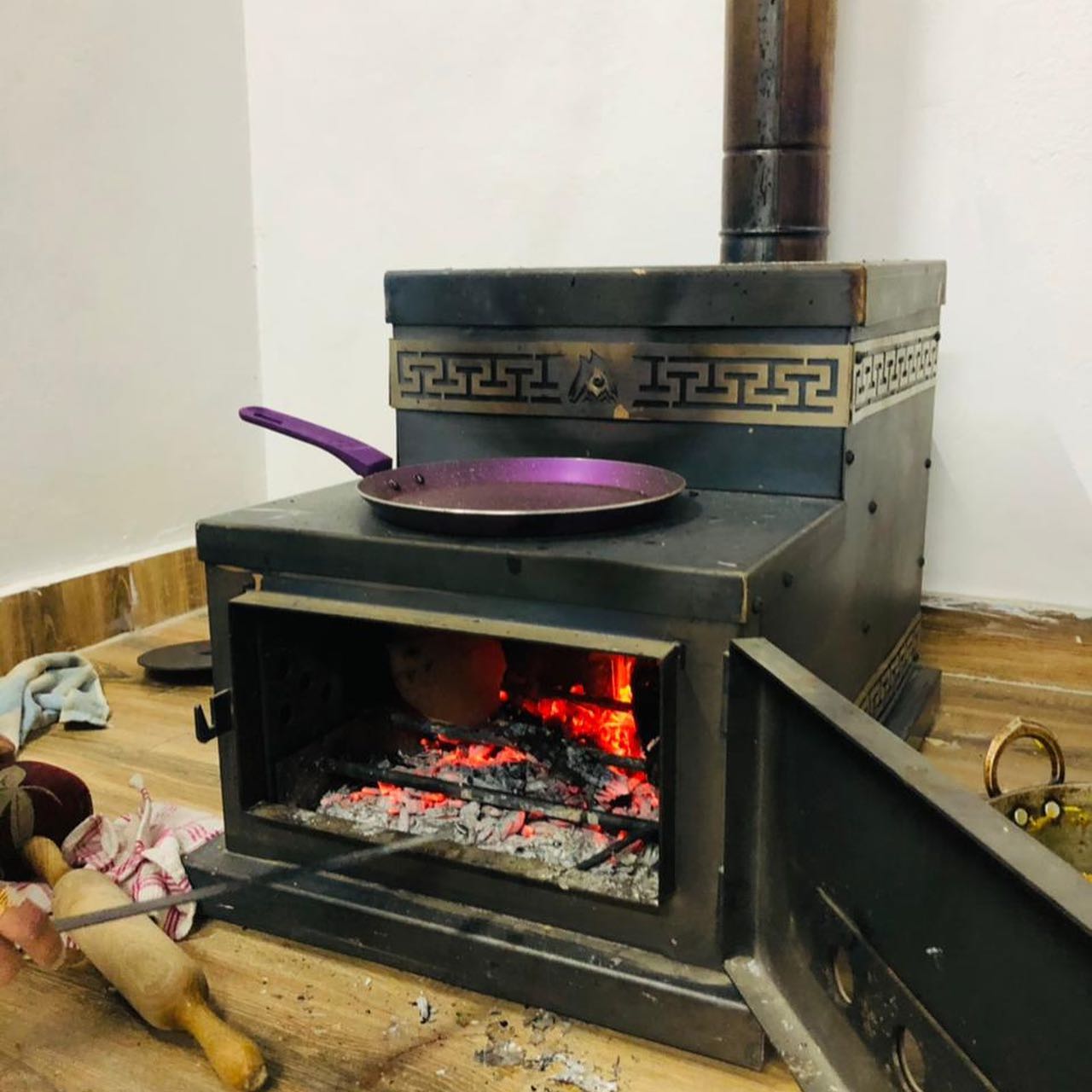 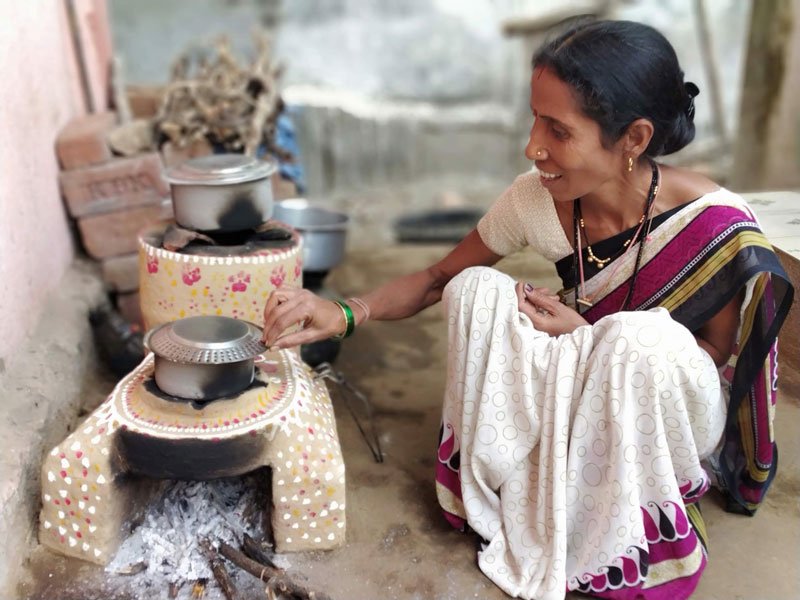 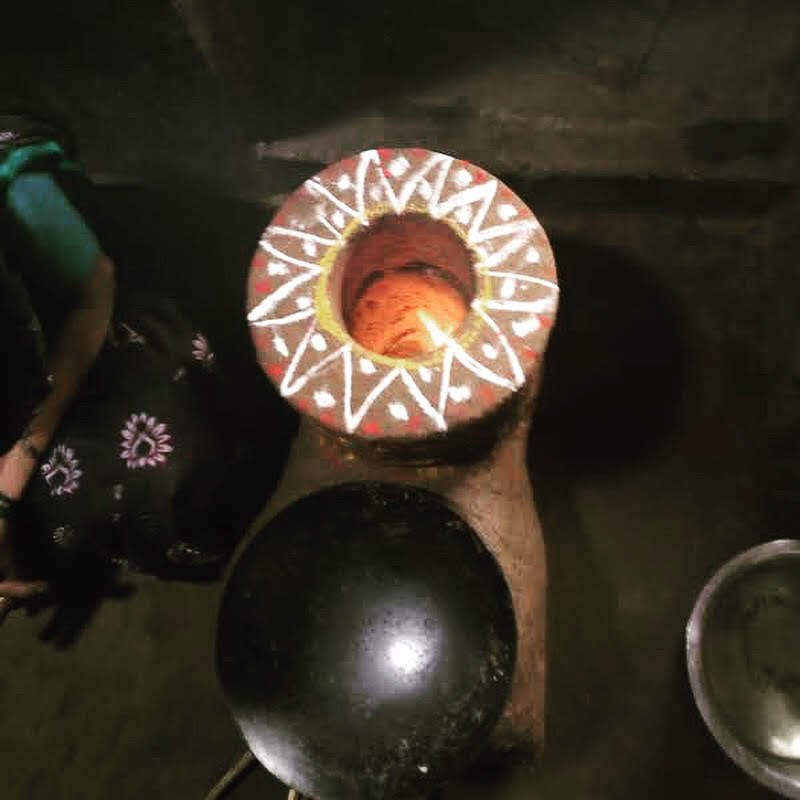 I (Russell) have been working on clean and efficient combustion technology since 2014 as a result of my experiences in the Indian Himalayas, where I had been working on and off for many years. I noticed that there was a need for improved space heating due to rampant deforestation for fuel. I began exploring ideas as a hobby and this became a passion which has grown into several distinct projects.

In 2016 I was given a grant to take my prototype to the Himalayas to test and develop the concept, and we subsequently launched Himalayan Rocket Stove as a social enterprise company in 2017 with the Eco1 Rocket Stove. This is a space heater that can also be used for cooking and which is purposely designed to suit the cultural context of the Himalayan regions of northern India. We now have 4 models and various accessories and have sold over 4000 units since then. We expect to sell an additional 4000 – 6000 units this coming winter.
( www.himalayanrocketstove.com )

At the same time, I also developed a concept for a low to no cost clean cookstove to serve the needs of the vast numbers of low income families across rural India. This project developed into the Smokeless Cookstove Foundation, which is a not for profit headed up by my colleague in India, Nitisha Agrawal. I am an advisor and mentor to this project.
( www.smokelesscookstovefoundation.org )

Since COVID interrupted my travel schedule (I used to spend half the year in India managing the company) I have set up a new workshop in Australia for my R&D company, Rocket Man Designs. This company will eventually sustain itself from royalties from design licensing which goes towards the R&D activities. In the meantime I have been working on several ideas I am planning to launch locally in Australia.
( www.rocketmandesigns.com )

One of these ideas has matured into this project, ‘Eco Stoves Australia’ which features a range of portable cookers and heaters that operate on waste biomass pellets and small sticks. These are intended to serve as a low cost, high resilience product range targeting ecological heating and cooking under adverse conditions.

One of the beneficial side effects of improving combustion is to optimise the air fuel mix to burn up the smoke pollutants.

By burning the smoke, additional heat is released which means more heat from the same amount of fuel inputs.

Biomass is a solid store of energy from sunlight captured by the magic of photosynthesis as hydro-carbons.

With Your Help, We are Working to Make The World a Better Place

It’s a simple goal… to reintroduce (and improve on) age old techniques of burning biomass (wood and agricultural waste) for heating and cooking needs. This diversifies the energy mix and builds resilience into our communities.

Eco1 Rocket Stove to the Buddhist Nuns of Tso pema

The Mission: Providing Clean and Efficient Biomass Combustion Solutions for Heating and Cooking

The Approach: We design and deliver a variety of products that solve particular problems in different regions and demographics, utilising the magic of rocket stove technology, combining a range of iterations, improvements, upgrades and modular accessories to optimise for various kinds of functionality.